Training the shapers and makers of the theatrical future.

This is the course for those wanting to bring their own theatrical ideas and passions to a constantly changing industry.

Our Theatre and Performance degree, in partnership with Manchester’s renowned Contact theatre, trains the next generation of creative performers to make postmodern and metamodern theatre. Rooted in contemporary theatre, in the experimental and the avant-garde, the programme is challenging, dynamic, and highly practical, for those students who are not only exceptional performers but also artistic, imaginative, and resourceful makers. Importantly, this is not an actor training programme, rather a course designed to nurture and develop the tools to create and perform original work, as opposed to acting in somebody else’s. Each of our public performances, of which there are twelve across the year, are notoriously evocative, convention-breaking, and extraordinary.

Whilst studying on this BA (Hons) programme, you will train in four key areas: performance making, physical skills, vocal skills, and critical thinking. You will be introduced to a wide range of core performance disciplines from devising, mask, and clowning, have the option of selecting projects that include filmmaking, site-specific performance, and prison theatre, as well as perform both nationally and internationally. You will take advantage of the rich Mancunian theatre scene, engage in additional workshops led by professional companies, and benefit from the established industry-experienced team of lecturers. Throughout your studies you will develop and hone your skills and methodologies, which will ultimately result in the development and production of your very own unique performance festival, unTaPped, hosted at Contact for a public audience that includes industry professionals. 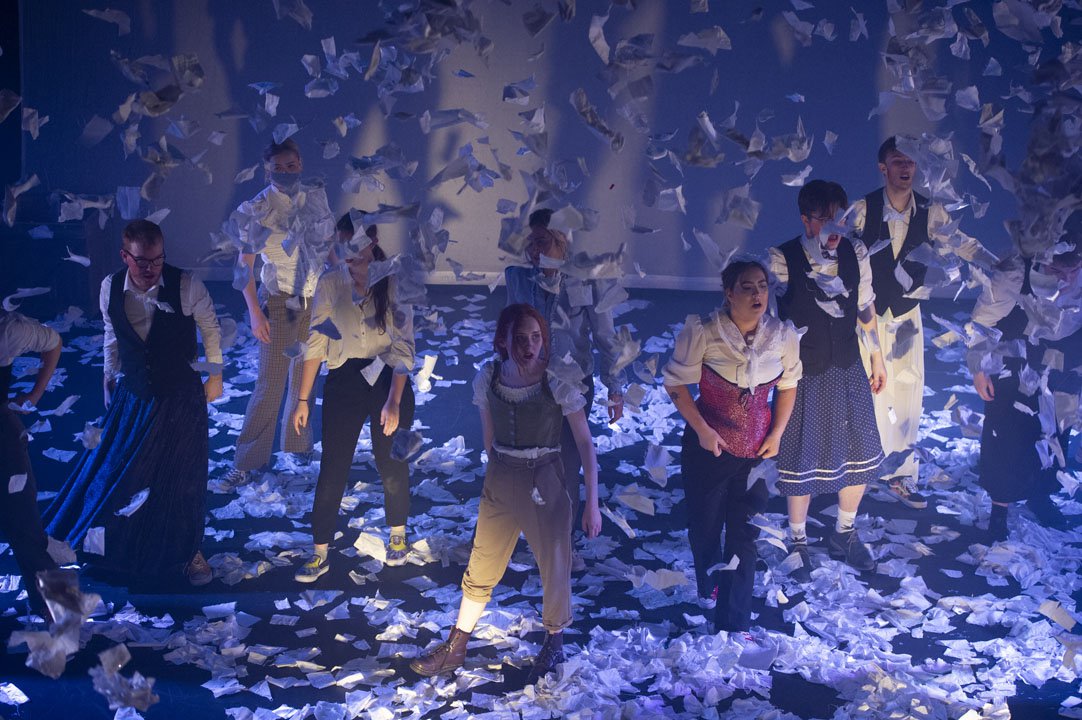 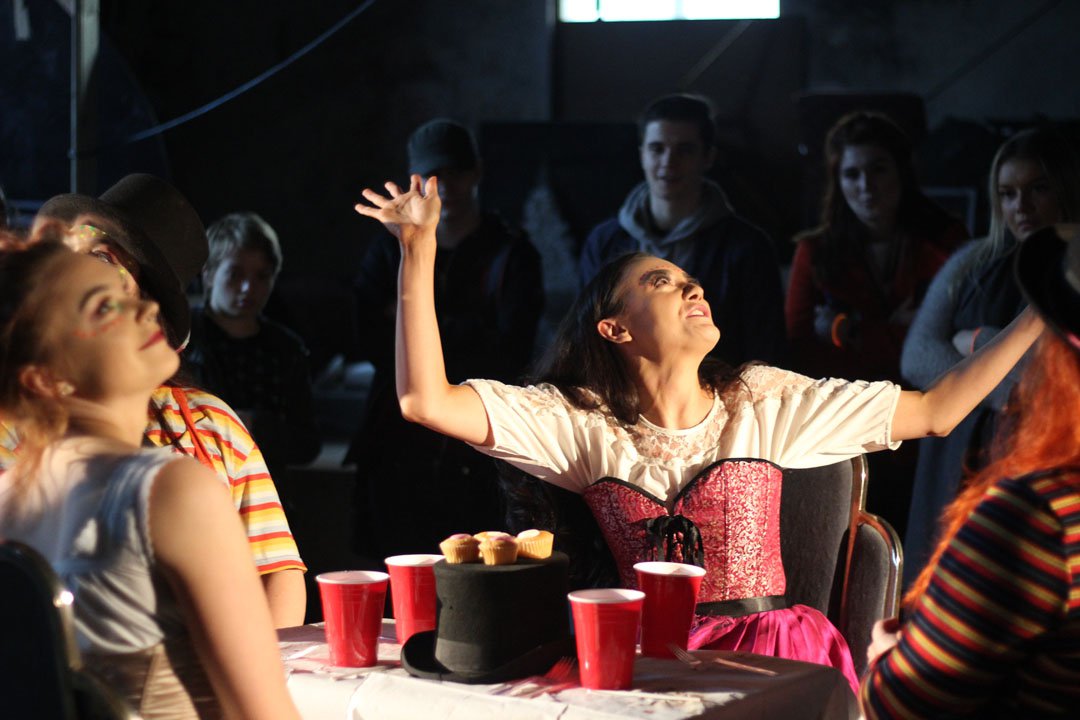 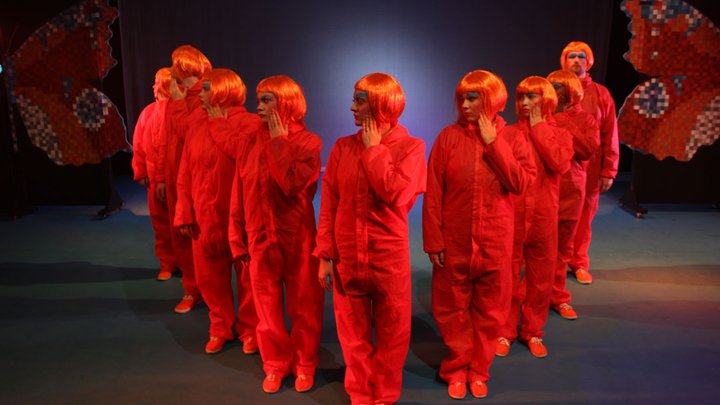 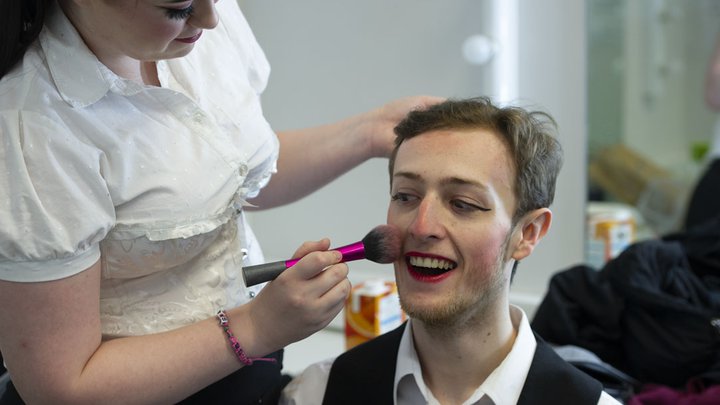 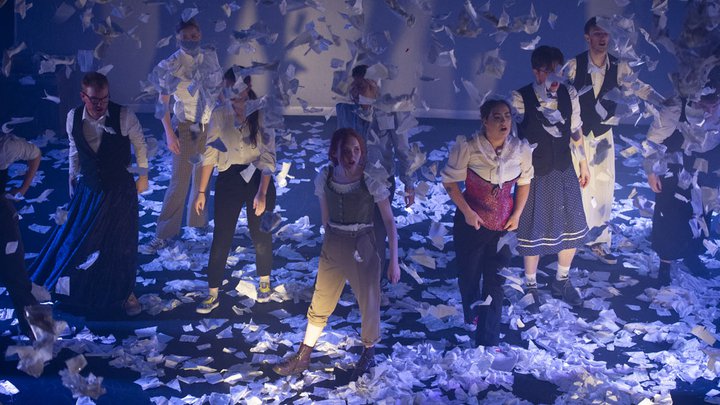 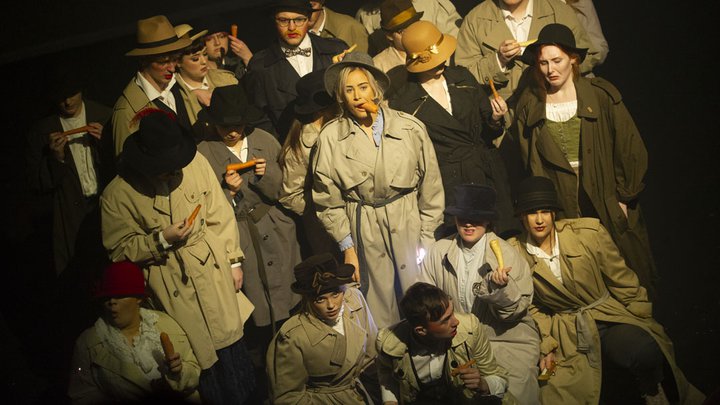 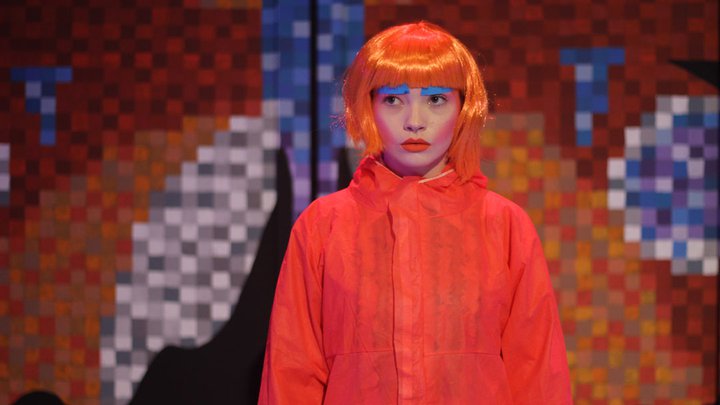 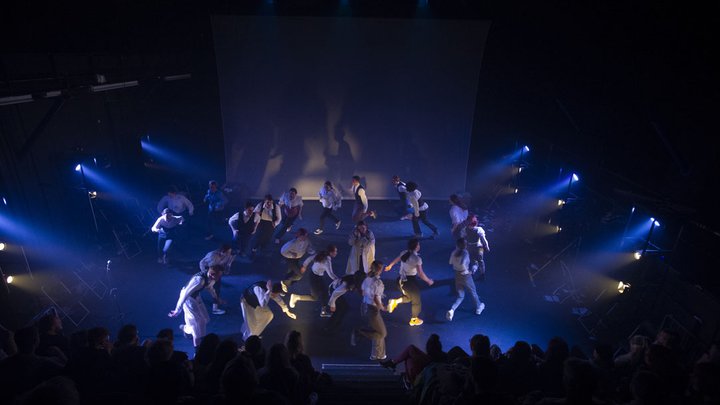 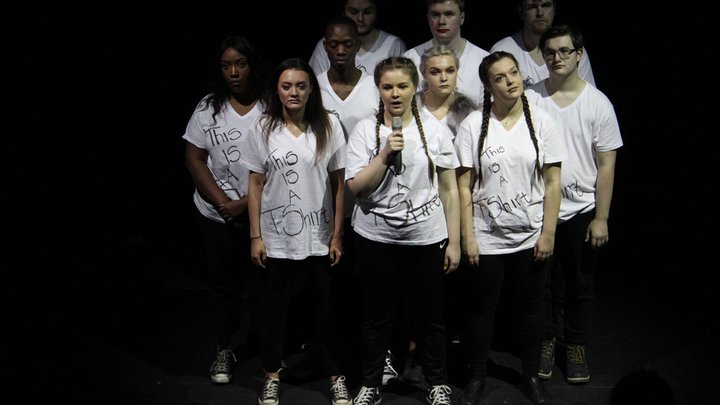 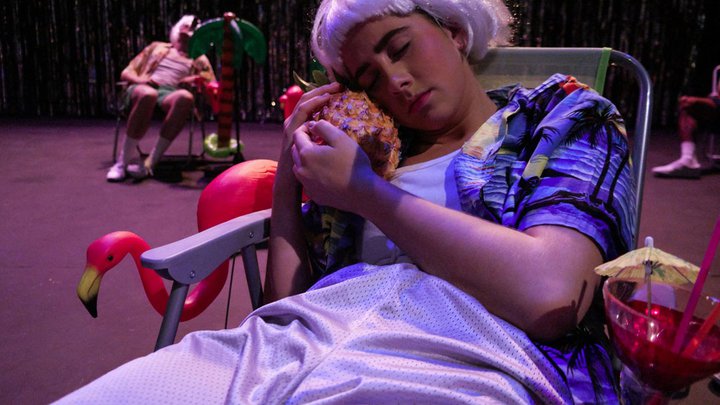 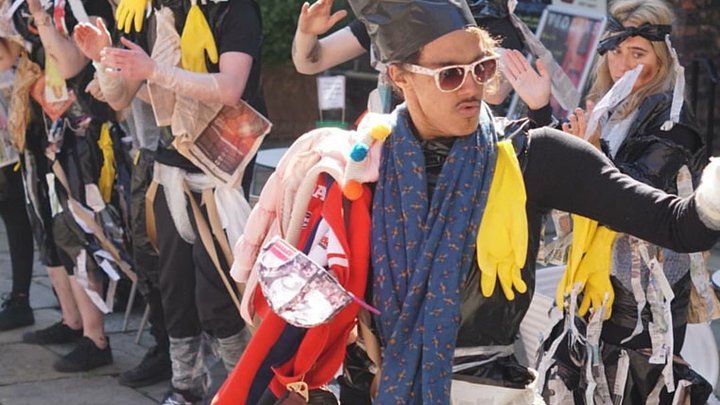 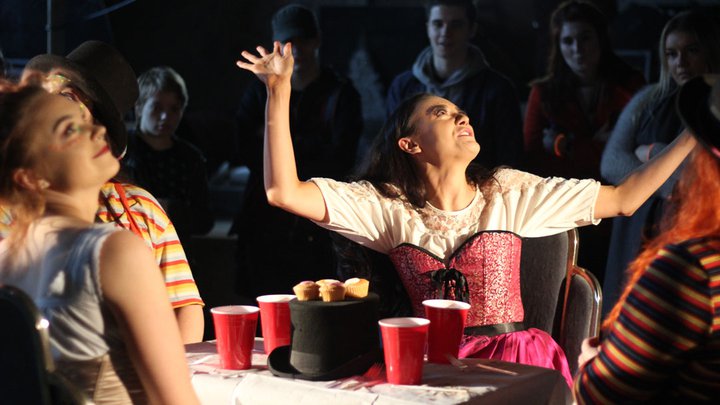 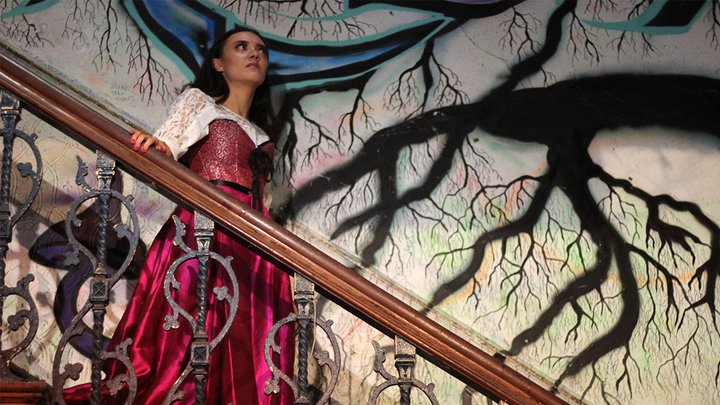 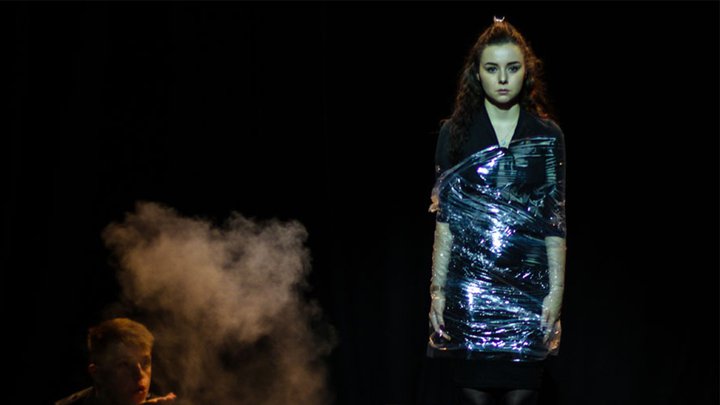 8 performance videos, fresh and ready for your viewing.

Thank you for supporting us!

CONTENT WARNING: Some of these videos contain flashing images, violence, strong language, sound sensitivity, and scenes of a sexual nature. 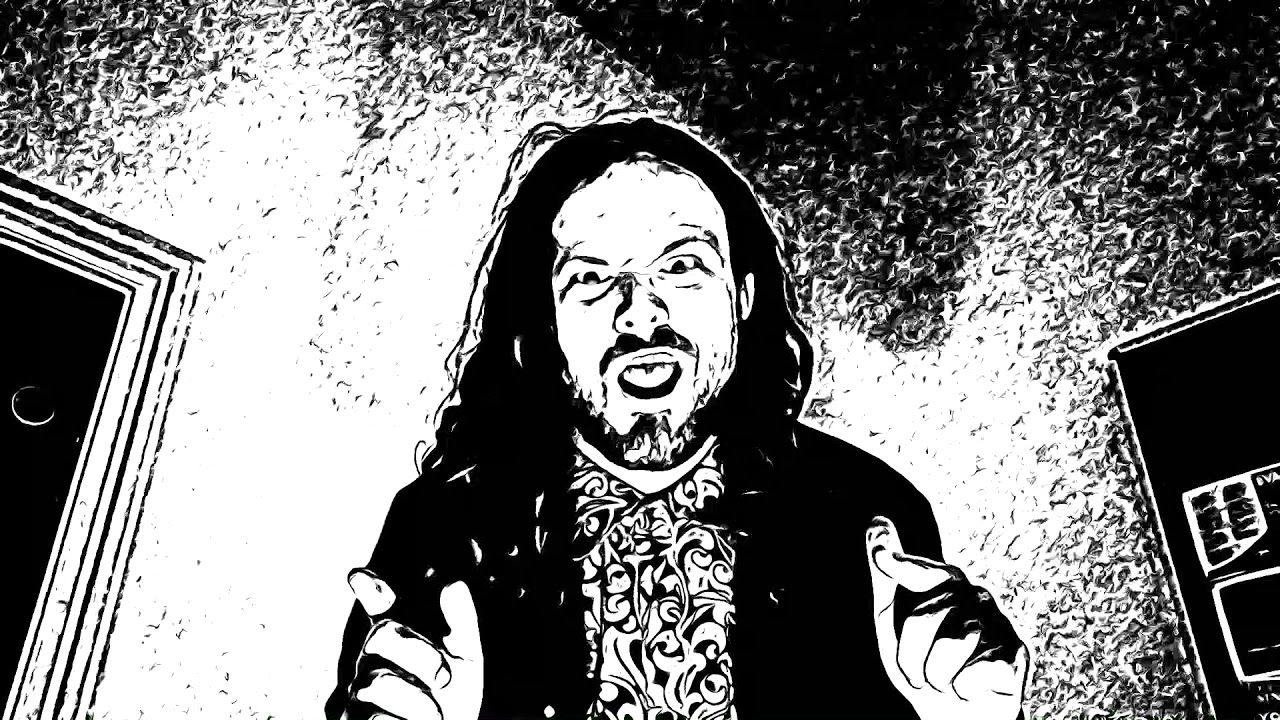 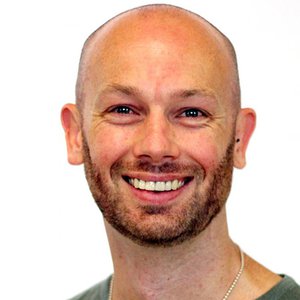 Head of Theatre and Performance 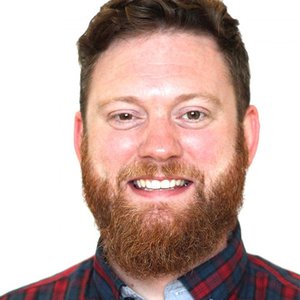 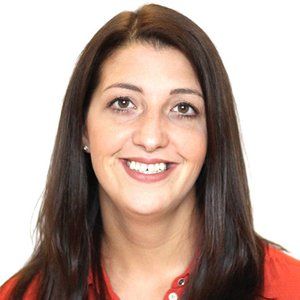 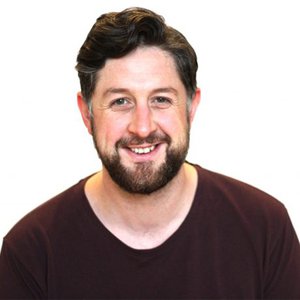 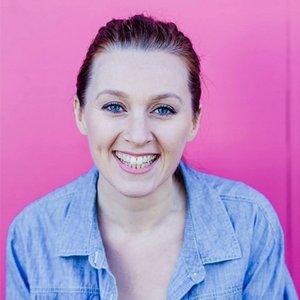 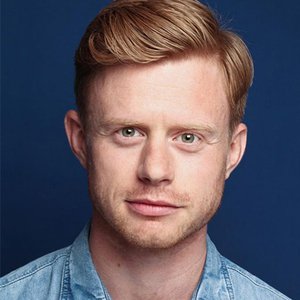 Dr Wayne Steven Jackson has been making theatre, both solo and as a co-founder of Escape Theatre, since 2004. His work explores autobiographical experiences and the vulnerability of memory to map, challenge, and document social change, often exploiting and experimenting with technology as a second performer to represent voices that are, for a number of reasons, not present. His practice has been continually supported by hÅb, and previously greenroom, through Method Lab and Works Ahead commissions. His performance work includes Escape in Chic (2004), Nought Point Nought Seven Nine per Hour (2005), Losing (2008), How I Lost the Pound Coin (And Why I Want It Back) (2009), (and two) (2012), Now|Then (2017), From Me To Us (2020). He has delivered contemporary theatre workshops across Europe, at higher Education institutions in England, Spain, Norway, and Denmark. Through his role as Head of Theatre and Performance (TaP) at the Arden School of Theatre, he trains creative performers to make postmodern, innovative, and evocative new work.

His 2019 doctoral research explored the performance of memory in connection to placemaking, specifically located in his home city of Hull during its year as City of Culture in 2017, and resulted in the critically acclaimed Now|Then. He has presented his academic research in theatre, performance, and memory at a number of conferences both nationally and internationally including at Theatre and Performance Research Association (TaPRA), Queen’s University Belfast, and NCTE’s Assembly for Research in Birmingham, Alabama. His most recent chapter ‘From the Screen to the Streets: Translating Digital Engagement into Performance Practice to Facilitate Multiple Contributions to Placemaking’ is published in IAB’s Negotiating Place and Space through Digital Literacies (2019). He is also collaborative founder and senior lecturer for the trans-Pennine MA in Performance Practice with Sheffield Hallam University.

Aiden Brooks is a tutor teaching on both the TaP and ALARM programmes, teaching improvisation, devising, street theatre, creative writing, and cabaret. Aiden was once part of a double act Random Acts of Wildness (RAW) who toured the length and breadth of the country receiving critical and acclaim and awards nominations for their anarchic and chaotic style.

Aiden also worked as a freelance performer and has worked with the likes of Told by an Idiot, Spike Theatre, Rejects Revenge, Bad Apple, and Tmesis. Aiden is still active in the profession most notably working with his street theatre company EggPeople and extensively tours, writes, produces, directs, and performs in festivals and events up and down the country and abroad.

Deborah Newton is Head of 3rd Year Theatre and Performance and is a performance artist and practice-led researcher interested in the para-social relationship between performers and audiences. Her performance works are influenced by incorporating a multidisciplinary approach into her performance-making.

She is also freelance artist and workshop facilitator, who has created work for international festivals and also works for various companies including Global Groves and Cabasa Carnival Arts creating various puppetry and street performances at different festivals and carnivals across the country.

Simon is movement Tutor on both Theatre and Performance and Acting Programmes, focussing on developing students tools for play, composition, and preparation for physical excellence, utilising the work of such practitioners as Rudolf Laban, Anne Bogart, David Zambrano, John Wright/Jacques Lecoq, and Moshe Feldenkrais. He is passionate about enabling the actor agency over their own physical choices, specificity, and playfulness.

Simon is an award winning theatre maker, movement director and actor, with over 15 years professional experience in the industry. He trained as an actor at East 15 Acting School, with further training in Choreology with Rosemary Brandt (Trinity Laban) and with John Wright in Clown and Mask.

As a movement director Simon has worked extensively across the UK with such companies and theatres as The Almeida Theatre (Shuffle), Paines Plough (Roundabout Season 2018: Sticks and Stones/Island Town/How to Spot an Alien), Everyman Liverpool (To Have To Shoot Irishmen), Theatre Hullabaloo (Bear and Butterfly), Kiln Theatre (community company), Company Three (The Act), Leeds Playhouse (Influence).

Simon is associate artist and creative collaborator with the physical theatre company, Tangled Feet Theatre, having performed in almost all of their productions since 2011 touring nationally. He is also associate artist with the physical story-telling company Angel Exit Theatre, and game theatre company Upstart Theatre. Upstart Theatre produced Simon’s most recent piece, Marco, a highly physical solo piece, which toured nationally and to Vaults Festival 2019, supported by Arts Council England.

"Jones … is fantastic throughout. He’s engaging and funny, physically powerful and precise, as he moves from performing the role of slightly erratic and nervous tour-guide to offering personal reflections or becoming completely adsorbed in blissful admiration. He’s an impressive performer who enraptures the audience…"
Review of Marco, Exeunt Magazine, 2018.

As an actor and performer, Simon has Toured internationally and worked with such theatres and companies as The RSC (Wendy and Peter Pan), Soho Theatre (This Much), Royal and Derngate (Flathampton), Theatre Hullabaloo (Bear and Butterfly), Shoreditch Town Hall (DARE festival/Marco/The Situation Room),Battersea Arts Centre (Attempts on Her Life), Viennas English Theatre (Dance Class), Oval House (His Spread Legs), The Dukes (Astonishing Vacuum Cleaner Adventure), The National Theatre (All That is Solid Melts Into Air), Bath Theatre Royal (Therese Raquin), and more.

Before joining the team at The Arden, Simon taught movement and directed at Oxford School of Drama, East 15 Acting School, Identity, Central School, and ALRA North.

Simon is currently working towards a new large scale outdoor show, The Local: A Skatepark Project. This piece is supported by The Lawrence Batley Theatre, MGC Futures Award (2019 bursary award recipient), Stockton ARC, and Theatre in The Mill.

The majority of your work will be assessed via practical means, through performances, presentations, and skill shows.

Theoretical and critical engagement will be assessed in a variety of ways that include:

The fees for this BA (Hons) degree in Theatre and Performance are currently £8,900 per year.

All of the books required for the course are available from the library. However, many students choose to buy some of the core textbooks for the course and/or a laptop. Students may also need to print their assignments and other documents. Campus printing costs start from 5p per page. Estimated costs are £300 for a laptop up to £100 each year for books and printing. Students are expected to contribute approximately £100 each year for theatre visits, £60 in the second year for solo practice retreat, and £150 in the third year for International Performance.